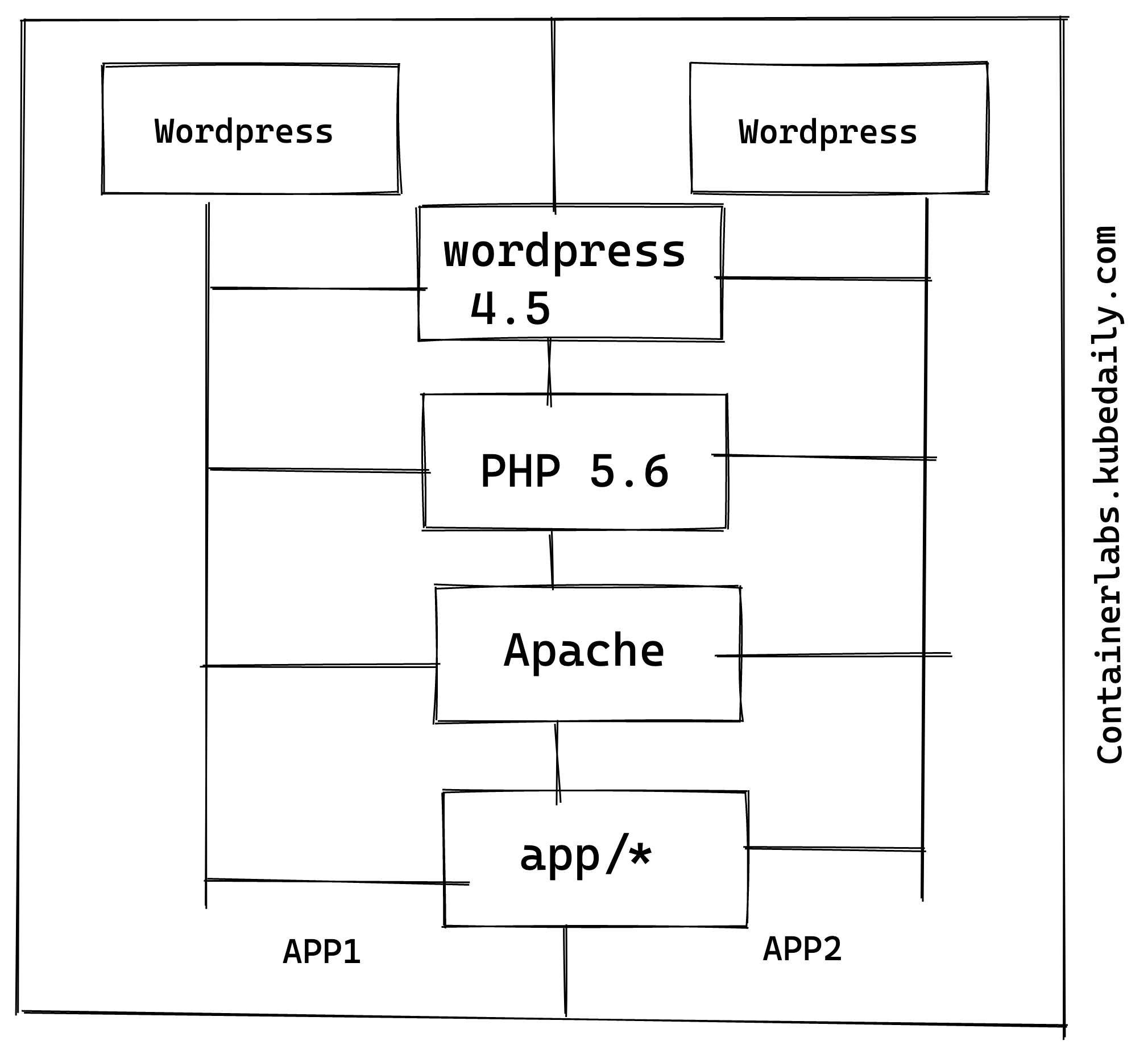 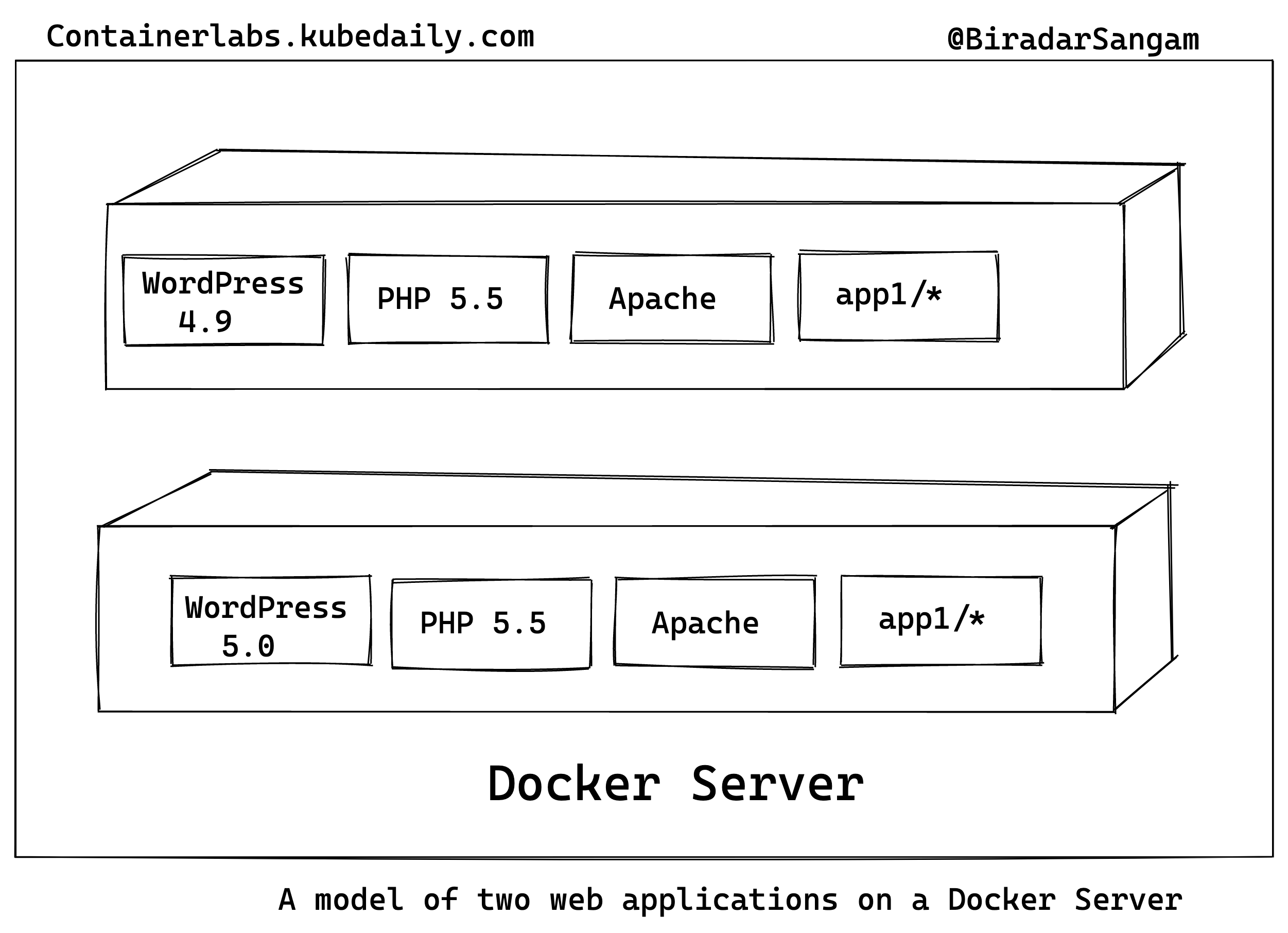 Each container encapsulates its own dependencies. Which means you can migrate the PHP runtime from version 5.6 to 7.2 in a container without it affecting others. Any other container that would use, for instance, Node.JS would not interfere with any of the Wordpress containers.