Even in scaled-up scenarios, a container-based approach makes tricky concepts seem trivial. Without containers, your favorite admin will not be happy with you if he has to update every server, including the dependencies. 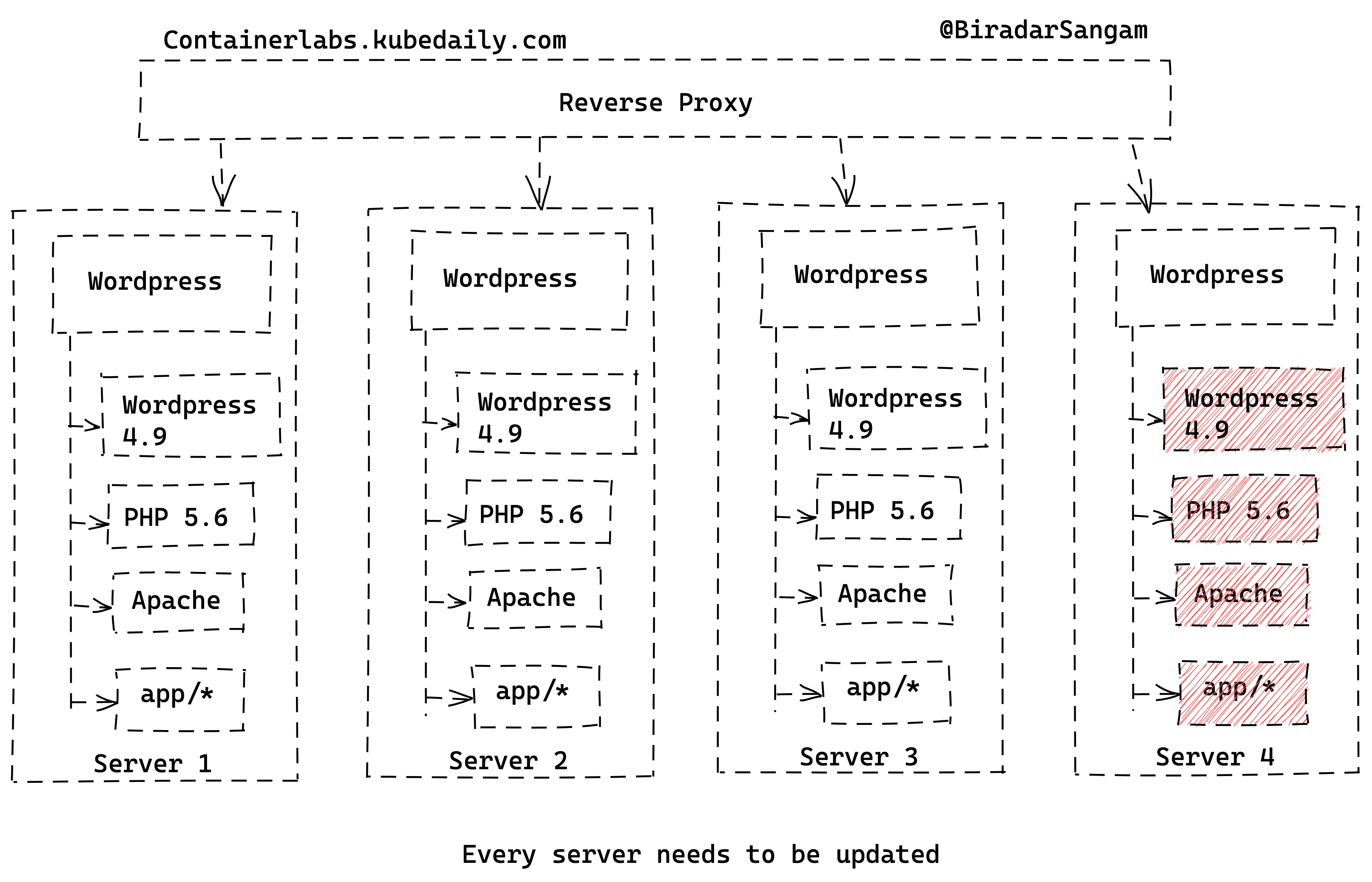 The illustration below shows the process as it goes on: the orchestrator replaces one container, and then moves on to the other ones. While the new container is not ready, traffic is being routed to the old version containers so that there is no interruption of service.