Sequential Breakdown of the Process

The sequence of events that transpired with the kubectl create -f replicaset.yaml command is as follows. 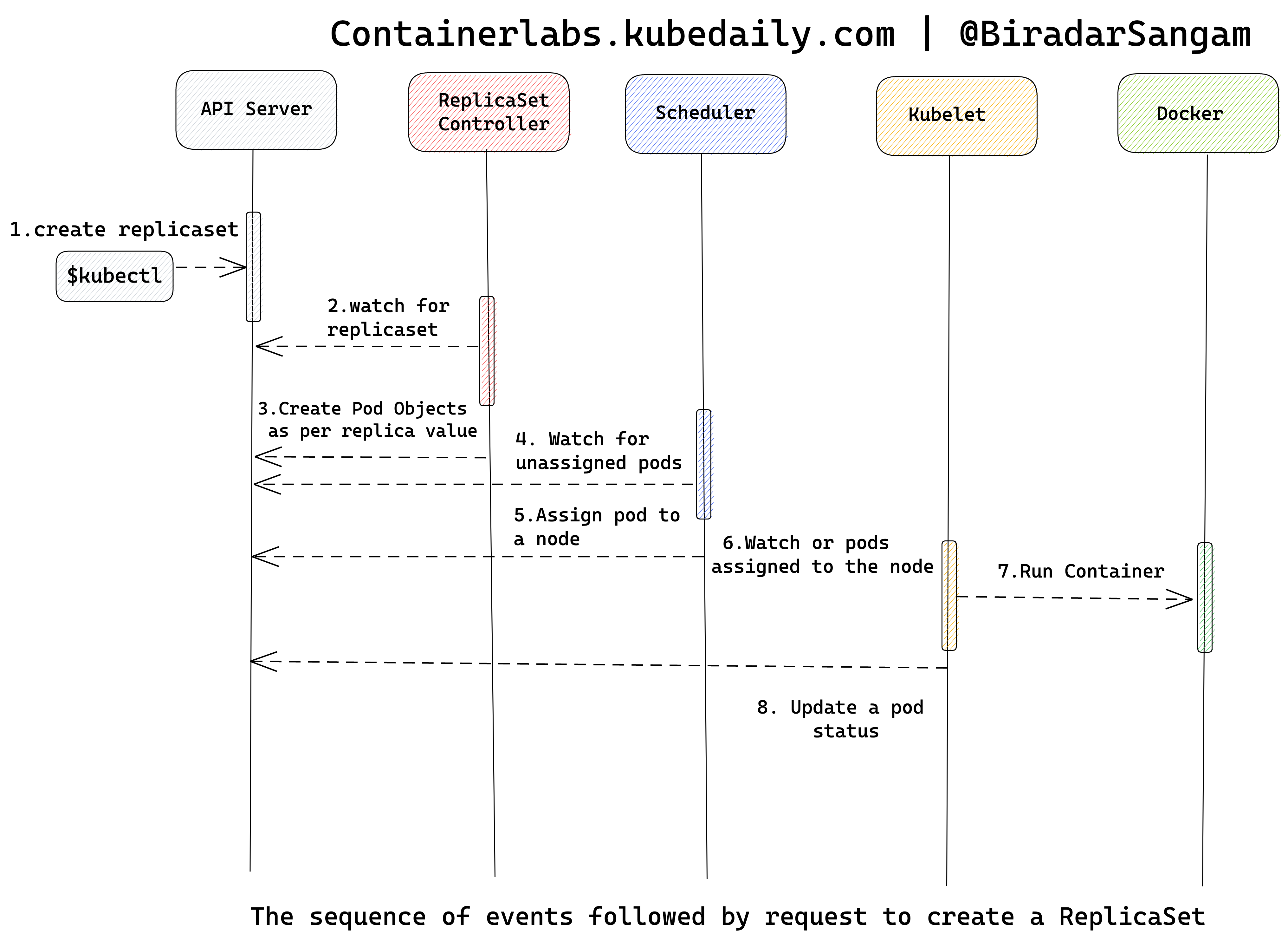 The sequence we described is useful when we want to understand everything that happened in the cluster from the moment we requested the creation of a new ReplicaSet. However, it might be too confusing so we’ll try to explain the same process through a diagram that more closely represents the cluster.