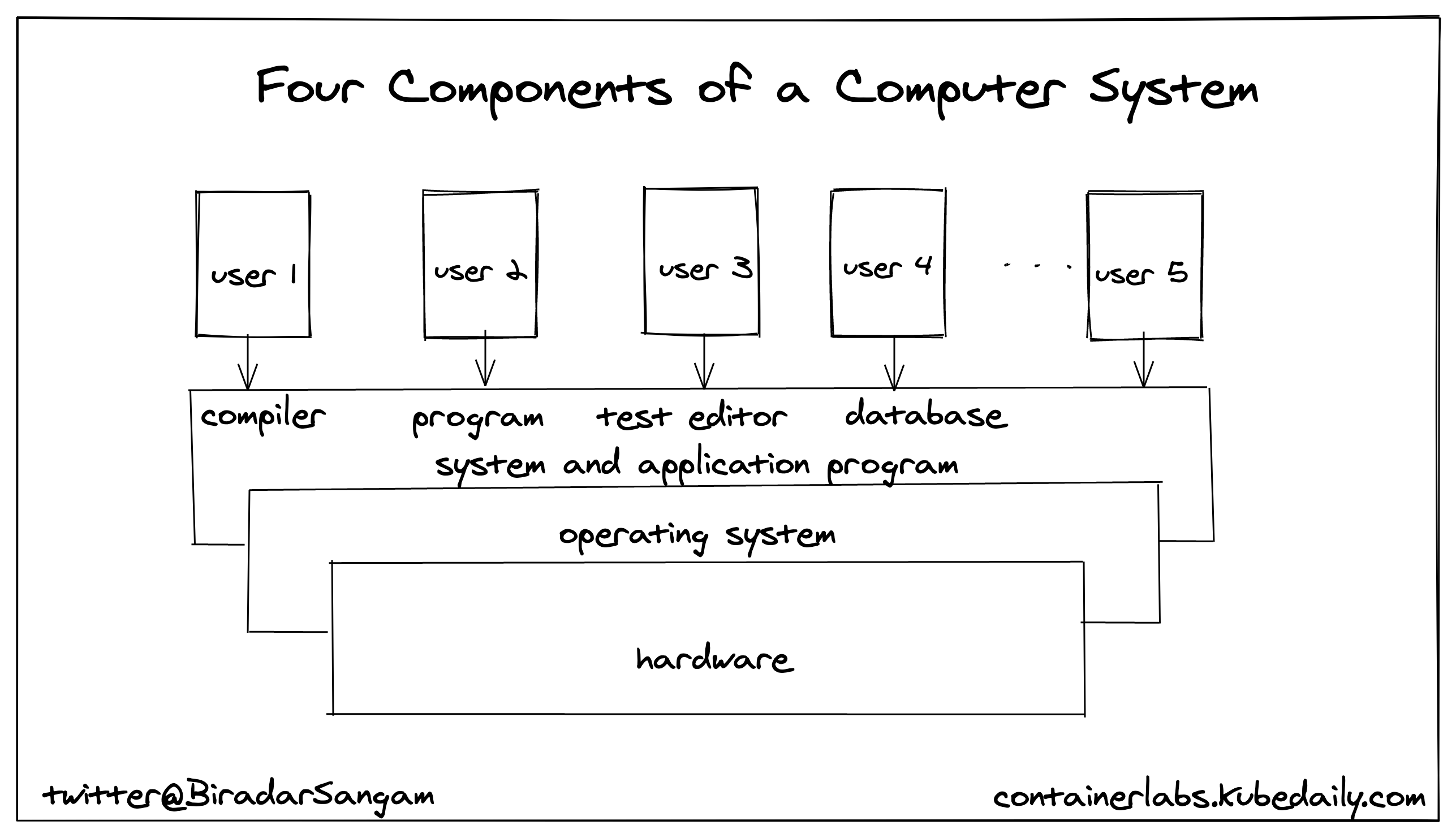 For Understanding Docker see the concept of operating system first :

2.Operating system Controls and coordinates use of hardware among various applications and users

3.Application programs – define the ways in which the system resources are used to solve the computing problems of the users Word processors, compilers, web browsers, database systems, video games.

we have above 4 component that all you need to run any application .. as moving forward from physical Computaion world we have moved forward to virtualization technology, but Why ?

lets take simple anology where you have one host and top of that host you can run limited application and resource and infra cost is to high to mantain bigger application and thats where we moved to virtualization world . 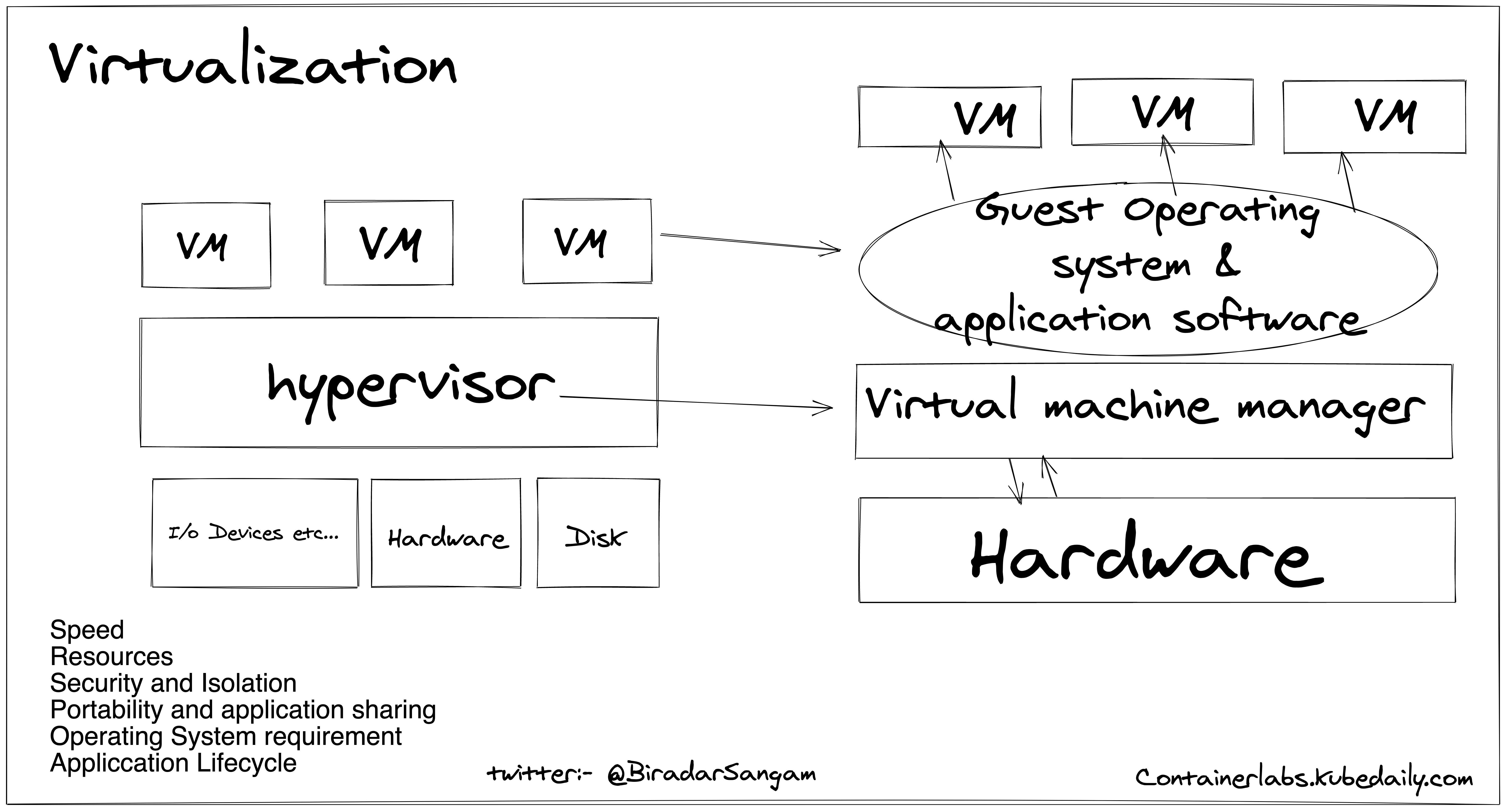 Virtualization is technology that lets you create useful IT services using resources that are traditionally bound to hardware. It allows you to use a physical machine’s full capacity by distributing its capabilities among many users or environments. 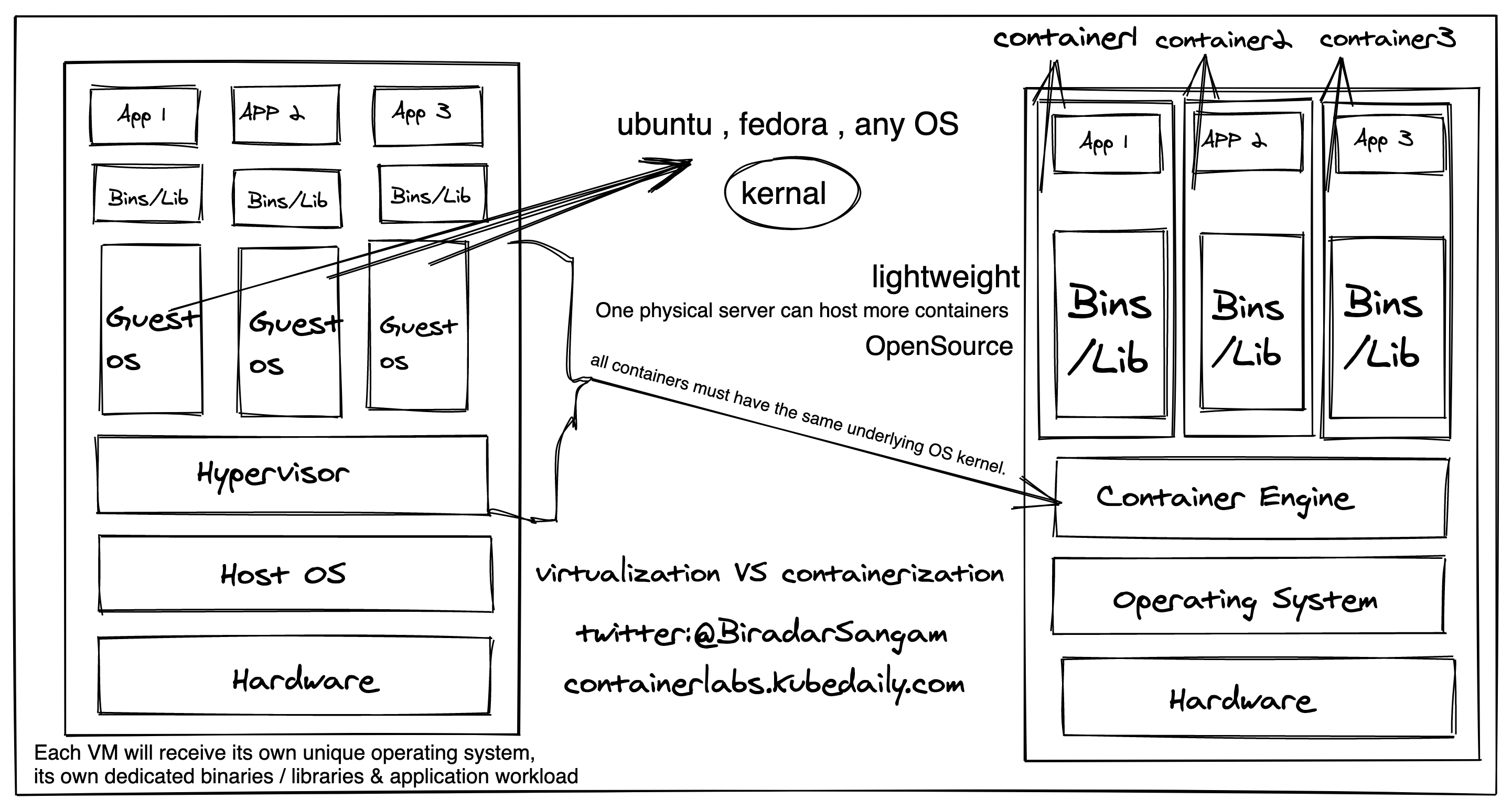 VMs, however, can take up a lot of system resources. Each VM runs not just a full copy of an operating system, but a virtual copy of all the hardware that the operating system needs to run. This quickly adds up to a lot of RAM and CPU cycles. That’s still economical compared to running separate actual computers, but for some applications it can be overkill, which led to the development of containers. check series Birth of Containerlizationfor more details

What’s the Diff: VMs vs Containers

Why We Are Moving From Monolithic To Microservices 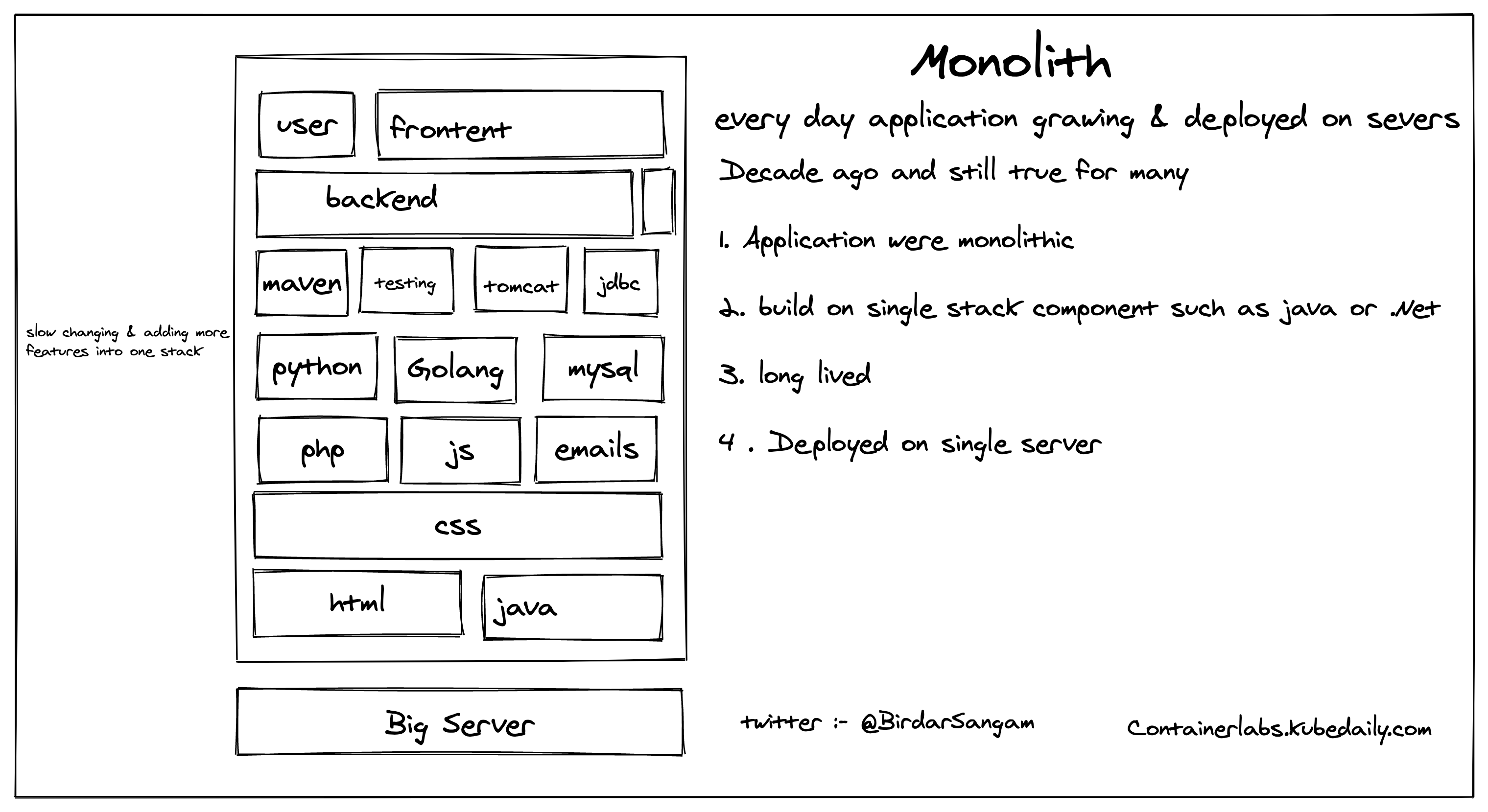 Before you start building your own applications using microservices, you need to be clear about the scope and functionalities of your application.

Following are some guidelines to be followed while discussing microservices.

While Uber started expanding worldwide this kind of framework introduced various challenges. The following are some of the prominent challenges 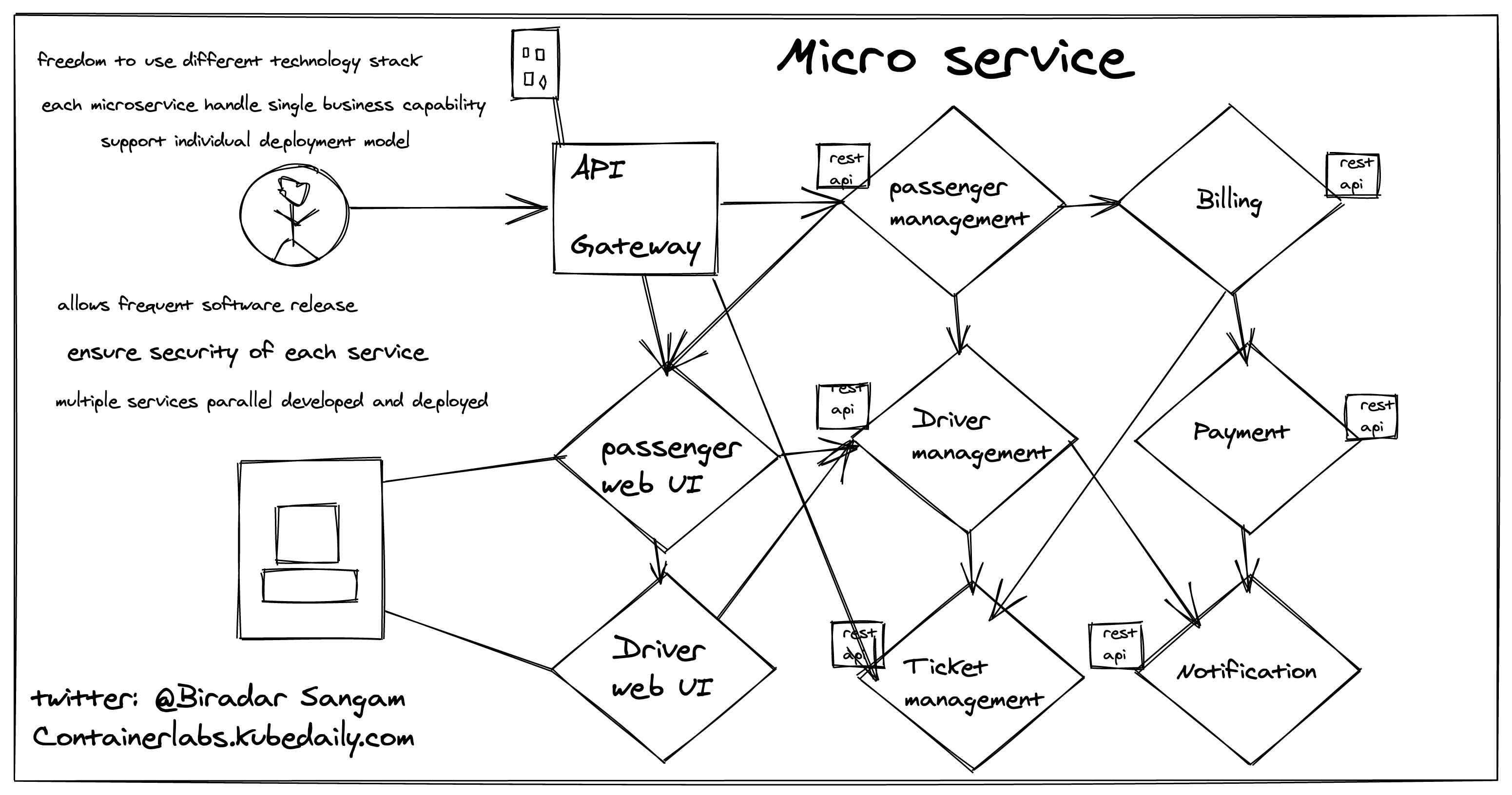 In this way, Uber benefited by shifting its architecture from monolithic to microservices.

Containers are just another option

The component on the host that does the work of building and running containers is the Docker Daemon. The daemon starts each container using a template for the container’s specific runtime environment called an image, which is retrieved from an image repository, like the public repositories hosted at Docker Hub. (You can search for image repositories using the official Docker registry.)