Just as we are not supposed to create Pods directly but using other controllers like ReplicaSet, we are not supposed to create ReplicaSets either. Kubernetes Deployments will create them for us. If you’re wondering why is this so? You’ll have to wait a little while longer to find out. First, we’ll create a few Deployments and, once we are familiar with the process and the outcomes, it’ll become obvious why they are better at managing ReplicaSets than we are.

Looking into the Definition

We will regularly add --record to the kubectl create commands. This allows us to track each change to our resources such as a Deployments

you might be wondering why we created the Deployment at all. You might think that we’d have the same result if we created a ReplicaSet directly. You’d be right. So far, from the functional point of view, there is no difference between a ReplicaSet created directly or using a Deployment.

The following figure summarizes the cascading effect of deployments resulting in the creation of pods, containers, and replicaSets. 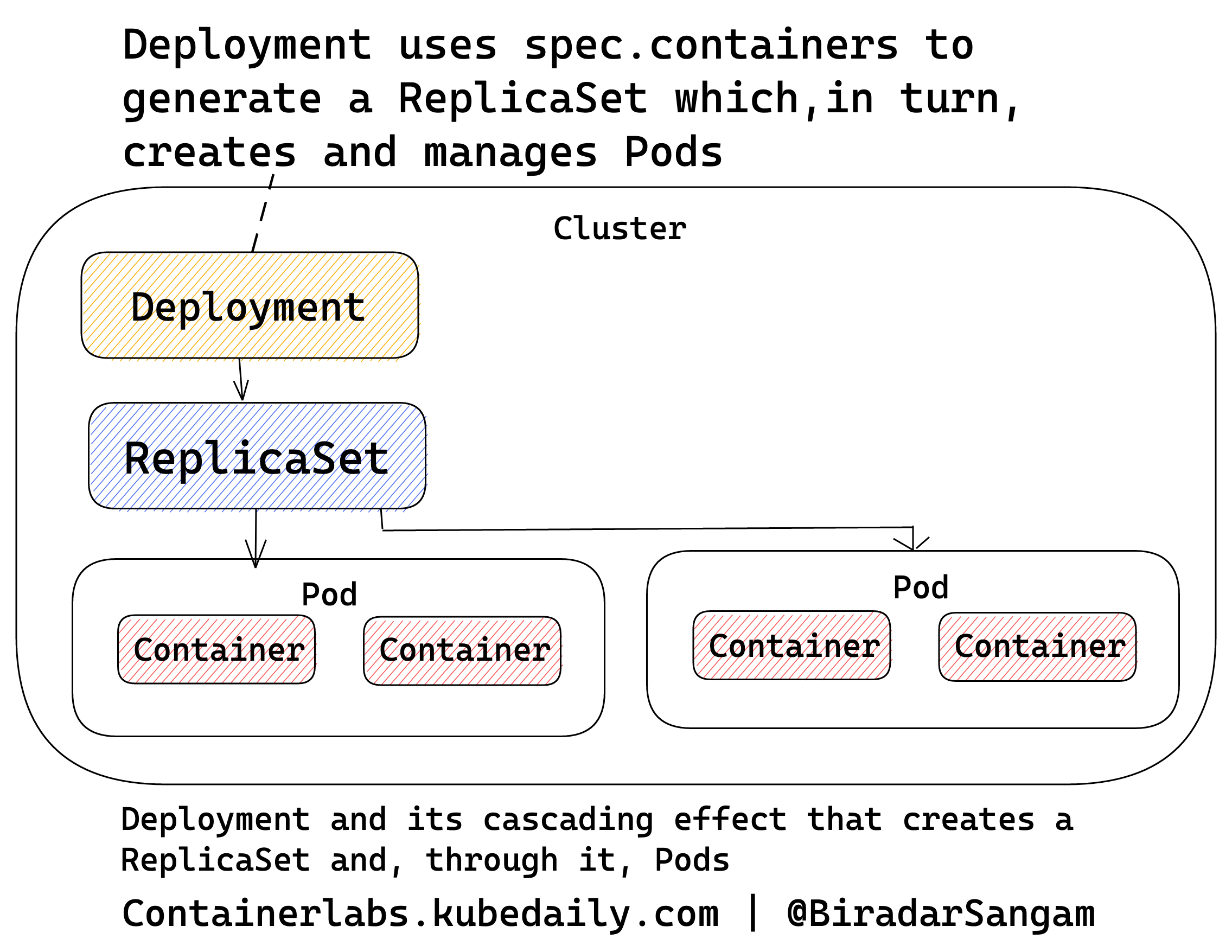