Looking into the Syntax

We can accomplish a similar result as the one using kubectl expose through noteport-svc.yml

Now that there’s no mystery in the definition, we can proceed and create the Service.

We created the Service and retrieved its information from the API server. The output of the latter command is as follows.

Now that the Service is running (again), we can double-check that it is working as expected by trying to access mongoDB

Since we fixed the nodePort to 30001, we did not have to retrieve the Port from the API server. Instead, we used the IP of the Minikube node and the hard-coded port 30001 to open MongoDB the UI. 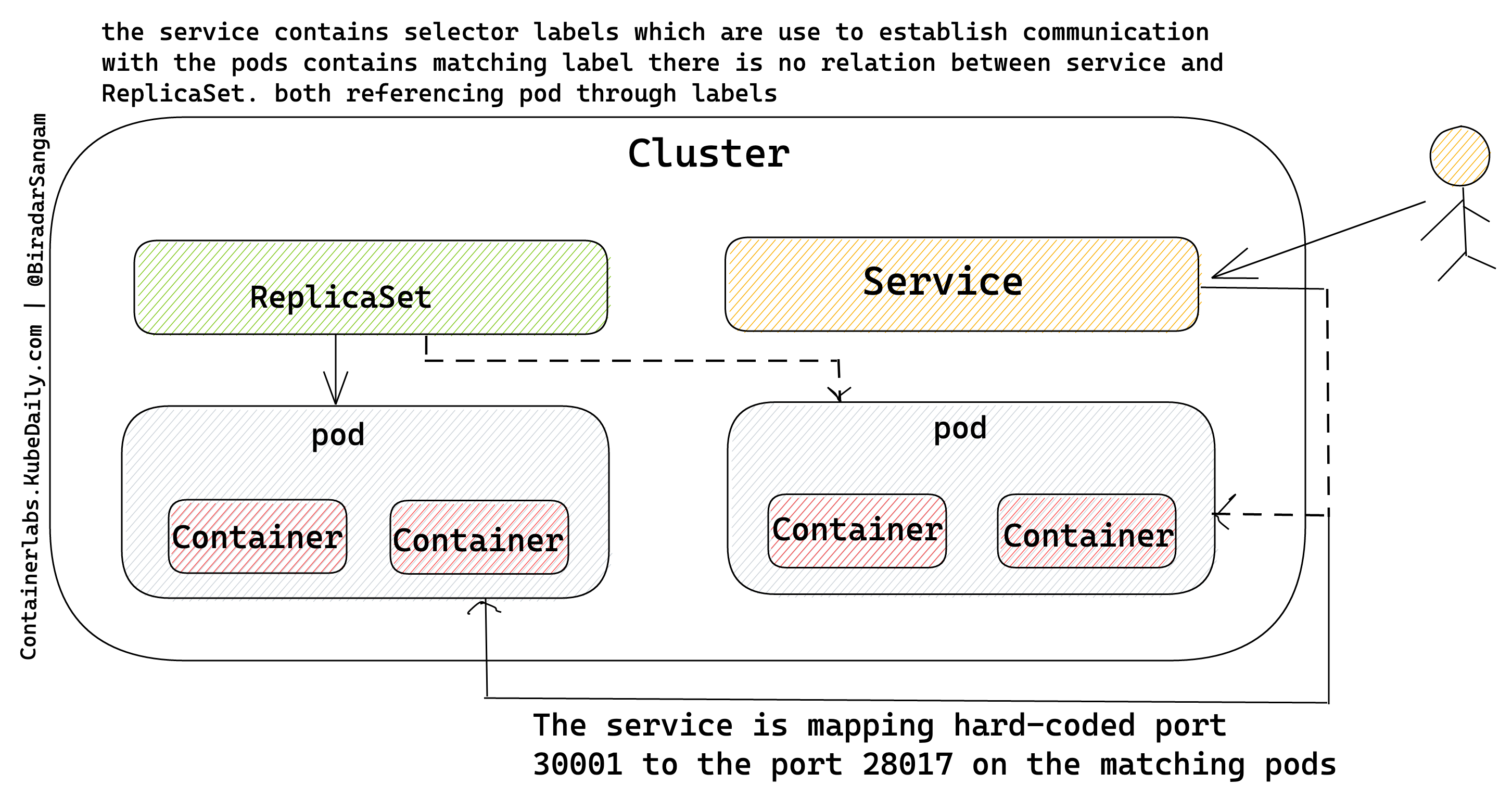